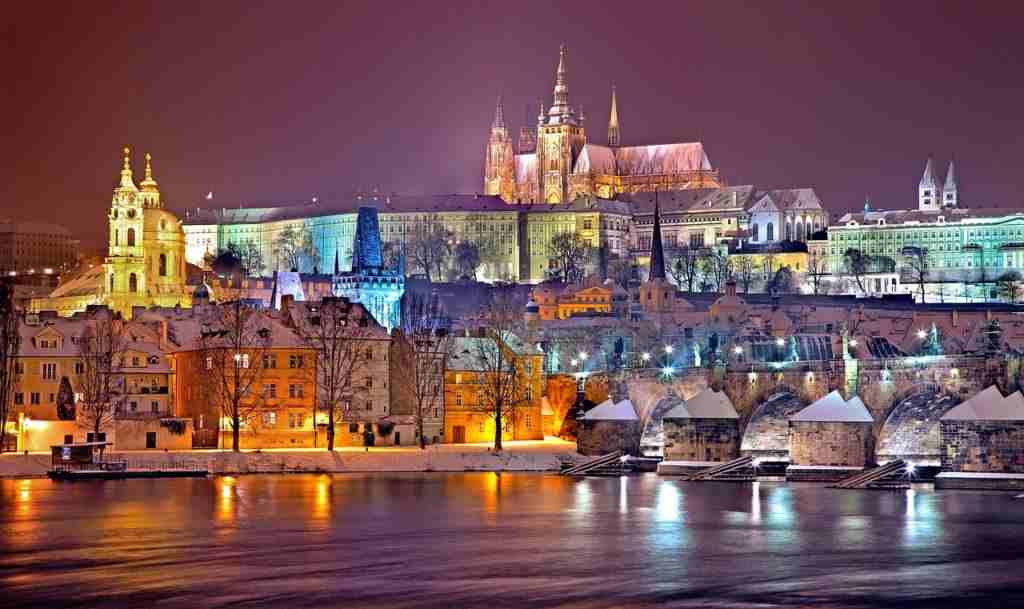 As a travel destination, the Czech Republic has much to offer. It’s home to beautiful natural scenery, rolling farmlands, villages lost in time, hills crowned with castles, some of the world’s finest beers, a mild climate and its vibrant capital, Prague.

The Czech Republic comprises two areas, Bohemia in the west and Moravia in the east. Gems in Bohemia include the valleys of the Vltava and Labe rivers, hills and rocky mountains which are perfect for hiking and rambling.

Bohemia boasts a number of delightful medieval towns. A sublime example is the historic center of Ceský Krumlov on the banks of the Vltava river. The town features a 13th-century castle with Gothic, Renaissance and Baroque components.

Moravia is the agricultural heart of the country and is marked by picturesque farms, wooded highlands and vineyards. Brno is the largest city in South Moravia and the Czech Republic’s second largest city. It showcases the natural and artistic charms of South Moravia and offers a host of theaters cinemas, and clubs.

If you’re making your way to Prague from other parts of the country, the area surrounding the capital is well-worth seeing. Notable is the Vltava river valley which has reservoirs, and the many delightful chateaus.

Prague’s many monikers – the Golden City, the City of Hundred Spires and the Crown of the World, attest to its unique splendor. Located on the River Vltava in central Bohemia, Prague was once the seat of Kings of Bohemia and an important trading junction.

Nowadays it’s a vibrant city with a pulsating nightlife and much to see and do. Add to that an enchanting historic ambiance, a low cost of living and superb beer, and you have the recipe for a great vacation. Here are some highlights.

Carving its way through Prague is the Vltava river and many of the city’s attractions are around on near it. To experience these riverside charms, take a boat tour along the river. And be sure to take a stroll over the Charles Bridge at night and view the city with its illuminated castle.

If Prague has a heart it is surely Wenceslas Square, site of all the city’s historic events such as the Prague Spring of 1967 and the Velvet Revolution of 1989 that finally brought an end to communism. Wenceslas Square is now the site of the national museum.

For glorious views over the Vltava to the city beyond, head on up to the Castle District on the hill. While you’re there, visit the impressive cathedral.

The highlight of Prague is its medieval architecture. The city was relatively untouched during the World Wars and so is a showcase of a fascinating medley of architectural styles including Art Nouveau, Baroque, Cubist, Gothic, Neo-Classical, and Renaissance. Add to this the modern towers of commerce.

You can best enjoy Prague’s architecture in the Old Town Square. It’s a great area for walking with its winding streets, old taverns, and antique shops. The highlight of the square is the astronomical clock. A marvel of 15th century engineering, this clock presents statues of the apostles as each hour chimes.

Whether you’re tempted by beautiful natural scenery, historic towns or just the wonderful Pilsner beer, the Czech Republic and Prague make for a wonderful travel experience.

Should Dart Flights Be A Part Of A Game Room?

Know When to Book a Cheap International Flight Ticket