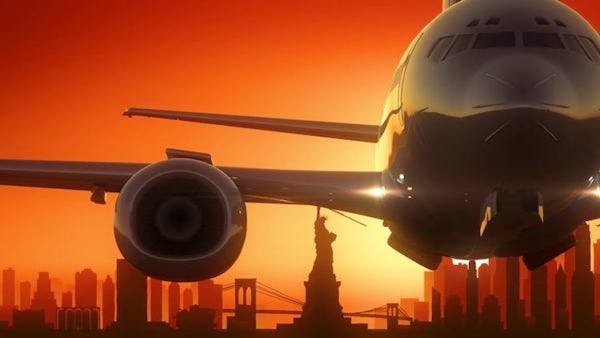 The city of New York has 3 airports:

I do not care in this article to describe the airports in New York in detail, how big they are, their history, how many terminals they have and how many people they climb every year. My interest is to leave you little but good information that can help you during the evaluation phase.

CHOOSE THE AIRPORT WHERE TO DO SCALE

Let’s say that the airport is not chosen, but is a direct consequence of the best solution found for air travel.

When traveling from Italy, mainly you will stop at JFK, most of the routes land in the main hub of the city. Even Newark Liberty receives a fair number of routes from Italy, and in the phase of booking a flight it is no longer rare to have mixed solutions where the first leg goes up to an airport, while for the return part of the other. In my opinion if you can look for solutions where the airport of return is the same as arrival, so you just need to understand the operation of transfers to and from a single airport, and especially during the return process and travel will be a bit ‘ less unknown.

To get from JFK to the center of New York (the island of Manhattan) there are many alternatives. The most economical is the combination of the Air Train with the Metro. The Air Train is, so to speak, a line of trains from the same airport, which is free if you move to its terminals, while it costs 5 dollars (about 4.4 euros) if you want to connect with the metro network of New York, from which you can take one of the lines that goes to Manhattan.

There is also the possibility of taking a taxi. In this case, you would take half the time compared to the metro, only half an hour (plus the convenience that involves going by taxi alone, without loading the suitcases) but the more price you get to go up to $ 55 (more than 48 EUR).

The La Guardia, on the other hand, is a minor stopover, which is mainly used for domestic flights. You may find yourself using it if during your New York vacation but more generally in the US you decide to go on trips to other inland destinations, or if you decide to take a traveling trip to North America.

The cheapest way to get to Manhattan from La Guardia is the M60 bus line, which also runs through the four terminals of the airport. This bus, for only 2 dollars (not even two euros) leaves you in Manhattan, particularly at the University of Columbia, from where you can then connect to the metro network. It takes an hour and a half and circulates between 6 am and 1 am.

You can arrive faster if you choose the taxi, but obviously it costs more: between 30 and 40 dollars (about between 26 and 35 euros).

As for the JFK airport, there is also the possibility to take a shuttle, a limousine or a helicopter.

Newark is 25 kilometers away from Manhattan.   Even this airport has a free Air Train between its three terminals, but with a price of 5.5 dollars (almost 5 euros) if you want to get to the Newark Liberty International train station, from where you can take two lines of trains that you they will leave directly at Penn Station, already in Manhattan. The cost of these trains is 10 dollars, so the total price of the trip is 15 dollars (just over 13 euros).  The other option is the taxi. And since it is the farthest airport, you will also understand that it is the most expensive tranfert: it can cost up to 70 dollars (more than 60 euros).There are also shuttle or van transfers, at around $ 20 per person (over € 17).

A Review of Princess Cruises

Cyprus Flights – Getting The Best Deals