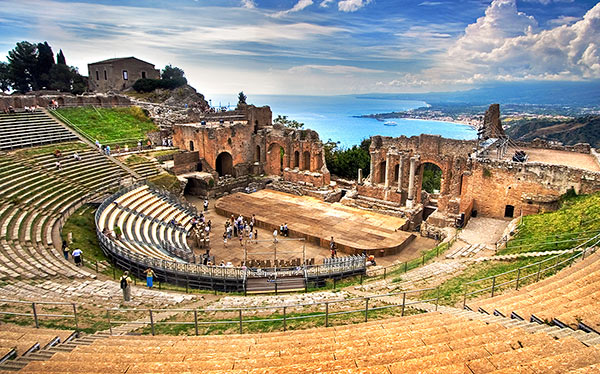 Sicily has made an indelible mark on the European traveling scene. Is it because of the Volcano that is still burning, or is it because of the rich cultural heritage that the city carries? The European experience has been adorned by the Italian influence. The Greek domination has left such marks on the settlements around Rome and rest of Italy including Greece and Sicily that it has become next to impossible to miss it. The roman leftovers are grand enough to attract the historians as well as the tourists.

Sicily is one of the most sought after destinations in Italy. The tourism advantage that Sicily can give is just an added feature. The reason for this is that it is essentially a culturally charged city. The city has in itself treasured the exploits of the second Great War as well as the ancient historical facts that a significant part of world history. The city holds a distinct aura as differentiable as its language, which is a mixture of many nearby languages. The Mediterranean influence on the place can be felt by the cuisine that is served in its lavishly decorated restaurants.

Sicily holds a unique history that is flanked by the exploits and rule of many dynasties. The geographical location of the place gives a very wrong picture of it being part of the Italian rule. Though it is now a part of Italy but its origin and history is different from that of Italy. The main land of Sicily is separated from the Italian land and thus it finds many indigenous people living in it. How ever it has been a favorite of almost all the empires. The Carthage, the Greeks and the Normans fought over the land too much and it saw the changing the hands. Rome was finally the victor and they ruled it for a long time. Then in the late 19th century Italy took over the control. However the impact of mafia on the island is too much and large part of the land is still under its influence. The city also has the honor of perpetrating the mafia concept.

The Greek and the roman influence on the city can be seen by the architecture that is seen around the city. The enormous size of the cathedrals and platforms dazzles the mind of the visitors. The Sicilian backdrop has been used by many film makers and performers. The sheer grandeur of the roman and Greek constructions makes it one of the most sought after destination in southern Europe.

Mount Etna is one of the volcanoes that is still active apart from being the tallest in Europe. The rich thick forest cover around the Etna region is an added attraction to the tourists. Apart from the seldom traffic problems and delays in flights and trains, the city offers a vista of traveling experiences.

The city is easy to approach, as it is a part of most of eastern and southern European tours. The individual visit can also be a good idea. From romanticism of the mafia to the raw power of nature Sicily has it all. 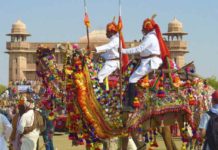 TRAVEL TO MOROCCO: MAVENS OF THE MAGHREB

Cruising To The Beach

Is Your Hotel Ready for the Millennial Traveler?