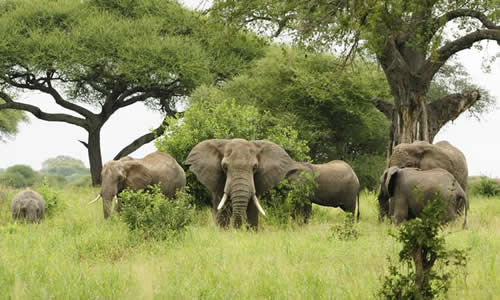 Uganda’s largest game park,the Murchison Falls National Park, offers safari to Uganda experince that is better lived than narrated. It is untamed nature at its best.

There is plenty to do at Murchison. Game viewing usually takes place early in the morning. Birding can go on for the whole day. There is a boat ride to the bottom of the falls or the

Buligi circuit, a peninsula between the Victoria and Albert Niles, between the Victoria and Albert Niles which has the highest concentration of wildlife and beautiful vegetation and a
variety of bird species, on which one will see the otherwise rare shoebill stork. There are forest walks where one gets to see chimpanzees. Bush camping is the ultimate experience of real
wilderness. After the gorilla safari at bwindi, the Murchison falls safari seems to be the second best option for your tour to Uganda.

When you take on a game drive, the day begins at 7am. First to welcome you is the breathtaking scenery of the park, an undulating land scape which spreads out before one’s eyes disappearing in the horizon with avannah and rainforest vegetation. One by one, our eyes feasted on a variet of game, antelopes, buffaloes, rothschild-giraffes elephants, and buffaloes, warhogs, water bucks and many others.

Some animals show up unexpectedly, others run into the thickets on seeing vehicles, others like giraffes simply pose for the camera until you cant take any more pictures. hard to spot is the lion and leopard. Most of the small animals will not be seen in high bushes since they want to avoid surprise attachs from the giants.

The boat ride is the highlight of the Murchison experience, where one catches a variety of wildlife safari animals from the comfort of the boat and a fresh breeze you have to take it generously while it lasts. A variety of animals including hippos,large crocodiles basking in the sun,buffaloes, water bucks and elephants grazing at the banks and occasionaly having to drink
from the water.

Bird lovers are in for a special treat, the large variety of birds that can be observed here include the tiny malachite kingfisher, herons, carmine bee eater, African fish eagle, saddle  bill stork, or the shoebill stork, all of which can be easily seen along the water’s edge. Most tourists carrying on birding safaris to Uganda usually take a trip to the Murchison.

The sight of the falls from a distance is astounding. Because of the powerful force with which the water falls , there is a big foam and a cloudy ist hanging in the air.
Murchison falls is powerful, with a magical deafening roar. This can only be the handiwork of the supernatural. The water gushes powerfully through a narrow rocky passage and foaming waters rush to the gorge.

Having seem the falls from the bottom,its only fair hat you get even better view and you are close enough to feel the water fit your face and it is then that you understand why the protected area is named after the falls. The enchating rainbows that criss-cross over the falls and the churning waters should be an incredible final treat.

Murchison falls National Park is the largest National park in Uganda covering 3840 sq km. It is covered by untamed African Savannah and is bisected by the river nile. Accommodation is available at two upmarket safari lodges, a luxury tented camp and basic accommodation or even camping is permitted in selected areas.

THINKING ABOUT TRAVELING TO AUSTRALIA