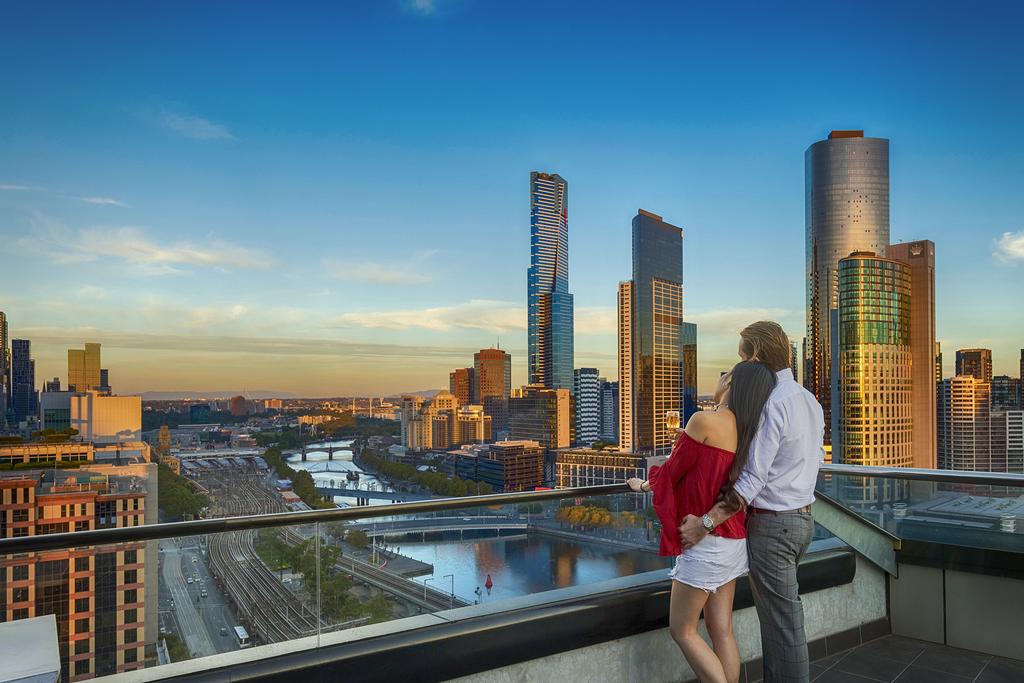 Capital of Victoria and Australia’s second-largest city, Melbourne is often voted the most livable city in the world. For one thing, it’s sited on the Yarra River and scenic Port Philip Bay. Plus, it’s Australia’s vanguard city for sport, fashion, shopping, cuisines, music and nightlife, and is home to a host of museums, galleries and theaters, and large parks and gardens.

Transport:getting there and getting away

Melbourne’s centre for domestic and international flights is Tullamarine Airport. It’s located 14 miles northwest of the city center and accessible by skybus.

Bus services connect Melbourne with other major cities and regional areas of Victoria.

Melbourne’s public transport system, known as Metlink offers a wide range of options for getting around the city. These include trams, trains, and buses. Melbourne has the world’s oldest tram network which now runs over 200 miles of track. Trams are the most popular with tourists and locals alike for travel around the city and inner suburbs. Taxis are plentiful and Melbourne has an excellent network of bike paths.

Melbourne has a capricious climate. It ranges from rainy to gusty and it often oscillates between warm and chilly in the space of one day. However it seldom gets really too hot or too cold. Winter temperatures range between 6°C and 13°C. In summer, it rarely gets above 35°C.

Check on the internet for the range, location and cost of hotels in Melbourne
Melbourne accommodation is varied and good value.

Events:what’s on and what’s hot

*The year kicks of with Midsumma Melbourne, an annual pride event in January. It’s a three-week bash featuring a music, cabaret, and drag acts.
*Australian Football League Grand Final in September is the annual showcase of Aussie Rules Football.
*Melbourne Fringe held annually in September and October is the city’s exuberant art fest.
*LIVID Festival held in October is one of the country’s largest rock festivals.

Much of Adelaide’s charm comes from its location. It sits on the narrow Adelaide Plains between Gulf St Vincent on the Southern Ocean and the eucalyptus-covered hills of the Mount Lofty ranges. Today’s Adelaide is famous for its festivals, arts, sports events and wine from nearby vineyards.

Transport:getting there and getting away

Adelaide’s spanking new airport offers international connections to Auckland, Hongkong, Kuala Lumpur and Singapore. On the domestic front, it’s just an hour’s hop to Melbourne and less than three hours to Sydney, Brisbane, or Canberra. There are also buses and interstate trains.

Getting around the city is easy via train, tram and bus services that use the Metroticket unified ticketing system. The compact city center is fine for walking and there are two free bus services for the footsore. There’s also a tram that runs from Victoria Square to the seaside suburb of Glenelg.

In a word, Mediterranean. Summer in Adelaide is scorching with temperatures leaping to 40°C and above. Winters are damp and miserable but never really cold. Spring and Autumn are the most pleasant seasons, balmy and temperate.

Check on the internet for the range, location and cost of Adelaide hotels.

Events:what’s on and what’s hot

*Womadelaide, an outdoor festival of world music and dance, is held every February to March.
*The jewel in Adelaide’s social crowd is the Adelaide Arts Festival held at the beginning of March in even-numbered years. It features drama, dance and music, along with a writers’ week, poetry readings and art exhibitions. The Fringe Festival runs at the same time.
*Adelaide International Guitar Festival is in November.

8 TIPS FOR TRAVELING WITH YOUR DOG