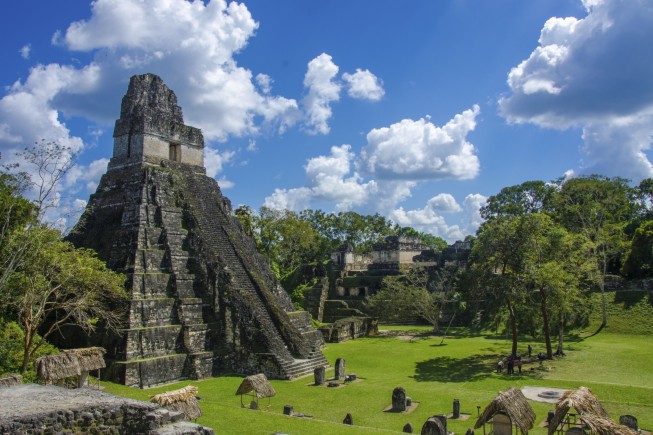 Does Mayan culture pique your interest? Do you want to see a live volcano? Does visiting a place called the <i>Land of Eternal Spring</i> interest you? If so, go to Guatemala!

Nestled in Central America, Guatemala is a land with an ancient history and an intriguing present. Long ruled by the Mayans, this people group suddenly died off well before the Spaniards conquered the land. Still, you see the “Mayan look” in the faces of many of the people.

Bright colors adorn much of the clothing, and villages are occupied by people who are hardworking and friendly. Because Catholicism is so strong, expect to see a huge cathedral in many of the larger towns.

Guatemala City is a modern, loud, noisy, and smelly place. Still, it is the seat of government for the nation and the place many tourists start their vacation. Tikal and other resorts are nearby and the one active volcano in the country is near Antigua, the ancient capitol of this Central American destination.

Why is it called the Land of the Eternal Spring? Well, this applies mostly to Guatemala City as its elevation of 4700 feet keeps it cool enough year round. Even in summer evenings you will reach for a sweater or jacket to ward off the chilly air. Contrast that with the coastal areas where year round heat and humidity is commonplace.

Tips on How to Choose the Right Hotel Accommodation