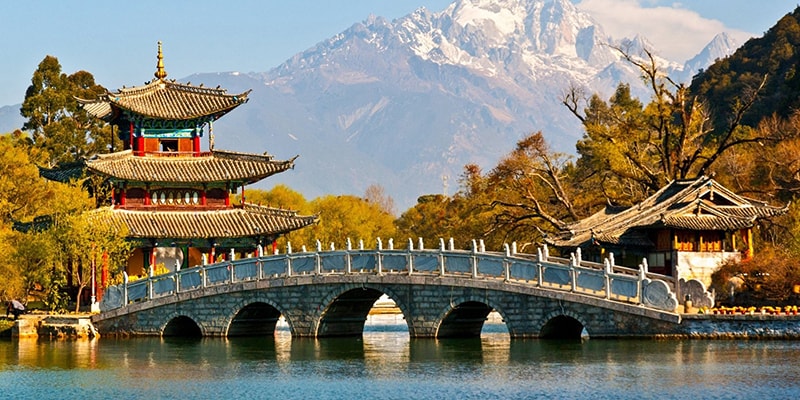 China is often left out of discussions of early civilization which is a mistake since it was one of the first. If you are taking a trip to China, here is some background information your should know.

An Overview of China for Travelers

The official name of the country is the People’s Republic of China. China covers a land mass of over 3.7 million square miles, making it a large country indeed. The capital is Beijing. Other major cities include Shanghai, Tianjin, Shenyang, Wuhan, Guangzhou, Chongqing, Harbin, and Chengdu.

With such a massive land area, you can image that there is a wide variety of terrain in the country. Generally, one can find plains, deltas and hills in the east, while mountains, high plateaus and a vast desert exists in the west. The climate ranges from tropical in the far south to arctic cold in the far north on the border with Siberia, Russia.

The people of China are known as Chinese. The most recent population study put the total number of Chinese at over 1.3 billion people, more than four times as many people as found in the United States. Population growth, however, has slowed to roughly half a percent annually. The reason for the slow down is very controversial. Concerned about economic strain caused by population growth, China has implemented a policy of allowing for only one child per family with some minor exceptions. Enforcement of this policy is supposedly done through fines, but forced abortions are known to occur despite government policy opposing them. The government hopes to stabilize the population at no more than 1.6 billion people through 2050. The current infant mortality rate is an astonishingly high 25.5 per 1,000 births.

Ethnicity in China is a hodgepodge issue given its vast size and long history. Han Chinese is the dominant group, consisting of over 91 percent of the population. This is a very loose group, however, as evidenced by various dialects of language in the country. There are seven major Chinese dialects and literally hundreds of localized dialects. Mandarin is the dominant dialect, spoken by over 70 percent of the population in one form or another. That being said, only 60 percent of the Han Chinese can speak it with the remaining 40 percent speaking other dialects. In addition to Mandarin, languages spoken widely included Turkic, Korean, Uygur, Tibetan and Mongolian. It is often said that people in one part of China can’t communicate with people on the opposite side.

From a religious perspective, China is officially atheist. That being said, it takes a lax view towards faiths that work with the government. Buddhism is the largest faith with over 100 million practitioners. Taoism is the second most popular. There is a smattering of Muslim and Christian believers, but nothing significant.

As this overview demonstrates, China is huge and unique. This makes it a great travel destination.

Cheap Vacation Ideas for US Destinations and Abroad

Do You Know Where the Term Banana Republic Comes From?

The Ultimate City Guide to Melbourne for Expats