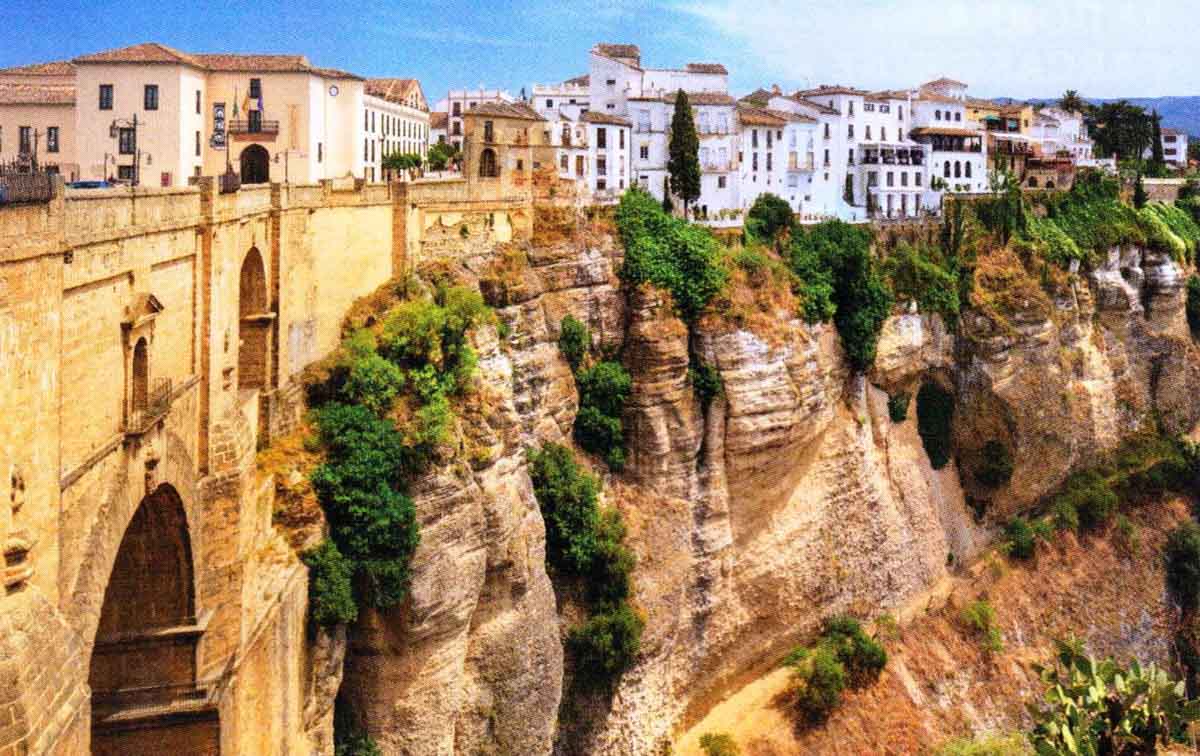 Malaga is the capital city of the Costa del Sol, it is also one of the provinces of Andalusia, a port city and also the location for the international airport which is the largest airport in Spain.

The population of Malaga and the surrounding area is estimated at over 1,000,000 and this number swells in the summer with the influx of visitors. Malaga is surrounded by mountains and there are two rivers, the Guadalhorce and the Guadalmedina which flow past the city into the Mediterranean.

Malaga has a wealth of history going back over 3,000 years. It was founded by the Phoenicians and named ‘Malaka’, meaning salt, probably because of the fish which was salted by the harbour. In the 8th century it was inhabited by the Moors and became an important trading city. In more recent times, tourism has naturally boosted the economy.

Malaga is a very popular tourist destination, made more so in recent years, because of the number of cheap charter flights which now operate in and out of the international airport. But it is also from here that people can reach a large part of Andalucia and may choose to stay in the famous ‘white villages’ or the historic cities of Sevilla or Granada.

There is plenty to do and see in Malaga – the Arabic Fortress, the Gibralfaro Castle from where there is a beautiful view over the city, the harbour which is one of the most important in Spain and various museums, cathedrals and churches as well as, of course, the bullring and it can also be known as the birthplace of the actor, Antonio Banderas!

Nerja is found at the eastern tip of the Costa del Sol, approximately 50 km from Malaga, 1 hour and 15 minutes from Granada and the infamous Alhambra Palace and from there just another half an hour to reach the skiing regions of the Sierra Nevada mountain range.

Nerja is steeped in history and is well known for the primitive paintings in the Nerja Caves, which were discovered in the late 1950’s and which have now become one of the most visited tourist attractions in Spain. The caves are also home to the world’s longest stalactite. Nerja is also famous for the Balcon de Europa, ‘the balcony of Europe’. A wonderful promenade which sits between two small coves on the edge of a towering cliff which was once the sight of a great Moorish castle. It offers magnificent views across the Mediterranean as well as numerous bars and cafes where one can sit sipping refreshments while enjoying the scenic surroundings.

Nerja has some lovely beaches which are mostly rocky coves with sharp sand and there are some good restaurants along the beaches which specialise in local fish dishes. The old town of Nerja has small, narrow streets which are busy in the summer and the weekly market is held on a Tuesday.

Nerja is also becoming a popular destination for walkers exploring the mountainous areas of the Sierra Almijar and the Sierra Tejeda.

Nerja has a wide range of good hotels as well as many private apartments and villas to choose from where you can enjoy your holiday and the surrounding area.

Ronda is one of the most beautiful historic towns in Andalucia and is part of the province of Malaga. Ronda can be found approximately 50 kilometres from the coastal town of San Pedro de Alcantara along a very winding road through the mountains, the Serrania de Ronda and it is 113km from Malaga. Ronda has a population of approximately 35,000 people and it is 739m above sea level. The average year round temperature is 15C and has around 2700 hours of sunshine per year.

There is lots to do and see in Ronda. It is famous for having the oldest bullring in Spain and together with the New Bridge, the Puente Nuevo, these are two of the symbols of Ronda. The New Bridge is, in fact, over 200 years old and took more than 40 year to complete. The masonry stones were brought up from the depths of the Tajo gorge. The Bullring, The Plaza de Toros, is recognized as one of the oldest in Spain and one of the most monumental in design. It took 6 years to build and opened in 1785. The City Museum and the Bullfighting Museum are also very popular sights to visit. The Sierra de las Nieves natural park is within the province and has the most important forest of Spanish firs.

The fair and festival of Pedro Romero is usally held at the beginning of September and is a good time of year for tourists to visit.

Ronda is a wonderful place to visit, but an even better place to stay. There are many lovely villas, apartments or townhouses available to rent or maybe choose to stay in one of the picturesque surrounding villages such as Montejaque or Gaucin.

5 Mistakes You Want to Avoid When Booking a Hotel Room

Hotel Ambiance – What is Essential is Invisible to the Eye